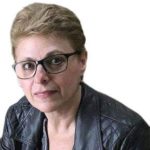 The federal government wants a bigger bang from the “vast, diverse and ever-expanding array of data” held by individual departments and agencies. Fully realizing this open-by-default model, however, will require unprecedented changes in how data are collected, managed and governed, as well as shared within and outside of government, a new report concludes.

“These data are often collected in ways—based on informal principles and practices—that make it difficult to share with other departments or Canadians. Their use is inconsistent across the government and their value sub-optimized in the decision-making process and in day-to-day operations,” states A Data Strategy Roadmap for the Federal Public Service, authored by Canada’s chief statistician Anil Arora, chief information officer Alex Benay, and Dr. Matthew Mendelsohn, deputy secretary to the Cabinet, Results and Delivery.

The timelines are ambitious: each department and agency—including the three federal research granting councils – has until September to implement data strategies that align with the overarching roadmap. Most departments have already started the exercise.

“I think the development of a strategy by the end of the calendar year is aggressive, but doable,” says Mark Leggott, executive director, Research Data Canada, a stakeholder-driven non-profit dedicated to improving the management of research data in Canada.

Renew HR strategies with targeted training and development, including engagement with colleges, universities and unions

From strategy to action

The next step, starting in October, is to expand and scale successful practices, which the report acknowledges would require “incremental resources.” Funding and authorities will be pursued at the project level, the authors state.

[rs_quote credit="Mark Leggott" source="executive director, Research Data Canada"]One of the most important things Canada can do to stimulate innovation and economic growth is to make all kinds of data more openly accessible.[/rs_quote]

This open-by-default approach would apply to government-generated data such as program, geospatial, administrative, sensor and population data, as well as data generated from federally funded research. Data would be anonymized and made available for use by academia, the private sector, governments and the public.

Canada lags many OECD countries when it comes to exploiting the potential of big data, but is moving quickly to close the gap.

There are strong economic incentives for doing so. Leggot says the European Union has estimated that an open-by-default model can increase the bloc’s GDP anywhere from .5% to 4%. Even at the low end, that impact would translate into a $90-billion economic windfall for Canada.

“For Research Data Canada, one of the most important things Canada can do to stimulate innovation and economic growth is to make all kinds of data more openly accessible,” stresses Leggot.

The roadmap tables 21 recommendations structured around four themes: stronger governance; improved data literacy and skills; enabling infrastructure and legislation; and more focus on treatment of data as a valuable asset.

One recommendation could see push back from the academic research community. It states that all data derived from publicly funded research be open source and included in new data trusts or pools that can be easily accessed and repurposed by the public.

The granting councils are currently finalizing a Tri-Agency Research Data Management Plan that will require both institutions and researchers to demonstrate how they will manage their data. Rather than requiring researchers to make all their data openly accessible, the draft policy suggests that grant recipients deposit their data in a “recognized digital repository,” such as the Federated Research Data Repository. Ethical, legal and commercial constraints could ultimately determine which data get shared and when.

“For example, research carried out in partnership with indigenous communities has certain considerations that need to be taken into account for who owns and holds the data,” explains Dr. Matthew Lucas, executive director, Corporate Strategy and Performance, SSHRC.

Certain scientific disciplines such as astronomy also have a strong culture and history of data sharing; others do not. “But that (culture) took time to develop,” notes Lucas. “It may require time to come together as a community to think about what data standards might mean in the context of their discipline and how data sharing might be meaningfully encouraged given the particular context and style of their discipline.”

S&T policy consultant Janet Halliwell gives the report high marks, but says there should be stronger linkages with academic research.

“I would have liked to see more acknowledgement of the necessary involvement of the academic community in the policy going forward,” says Halliwell, who chairs the Leadership Council for Digital Infrastructure. “The central issue for me is ensuring the data are available to those who are going to do something useful with it. You need both academia and industry at the table because they not only contribute data, but can utilize it and add value to it.”

“I would say that both government and academe have a long way to go before they actually manage their data effectively,” adds Halliwell. “The initiatives that are in place today are a far cry from opening up the full potential of government-held data.”

The report also recommends that Innovation, Science and Economic Development work with other departments and stakeholders to make more public data available to the private sector in support of the six Economic Strategy Tables (digital, energy, environment, health, agriculture and advanced manufacturing) and the five superclusters.

Here comes the cluster, there goes the neighbourhood?