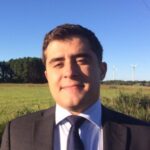 Dr. Julian Hunt, PhD, is a Research Scholar at the Energy, Climate, and Environment Program at the International Institute for Applied Systems Analysis, and lead author of the study on Lift Energy Storage Technology.

What if Canada could turn its high-rise buildings into giant “gravity batteries,” to improve energy efficiency in buildings and help the country achieve its carbon-neutral future?

Researchers at the International Institute for Applied Systems Analysis (IIASA), headquartered in Vienna, Austria, have conceived a gravity-based system that would use elevators in high-rise buildings to generate and store electricity.

Every day, a significant amount of energy is wasted in the transportation of people and items up and down buildings. Companies have focused on reducing these energy losses by developing elevators with “regenerative braking systems.”

This technology captures the energy generated by the elevator’s motor, transforming mechanical power into electrical power that can be used in the building or supplied to the electrical grid.

For example, all 68 of the elevators in the Empire State Building in New York City have regenerative braking systems.

Researchers at IIASA, in a study published in the journal Energy, propose a gravity-based system, called Lift Energy Storage Technology (LEST), that would use existing elevators with regenerative braking systems in high-rise buildings.

LEST links two energy storage sites, one at the bottom of a tall building (e.g. garage, lower floors or corridors), and the other at the top of the same building (roof, upper floor apartments or corridors).

Our research at IIASA shows there are more than 18 million elevators (exact numbers differ) in operation globally, and many of these sit idle for a significant amount of time.  In the U.S. and Canada there are an estimated one million elevators.

A great deal of research has been published on “horizontal” mobility, including transit networks such as roads, according to Dr. Stephen Graham, PhD, professor of cities and society at Newcastle University in the U.K. However, researchers have “almost completely neglected the cultural geographies and politics of vertical transportation,” he wrote in an article in the Theory, Culture & Society journal.

In “vertical cities” such as Hong Kong, Graham pointed out, residents “travel almost as far vertically using elevators as they do horizontally by foot, bus or subway.”

Capital expenditure for LEST technology is cheaper than lithium-ion batteries

The energy consumed by elevators is typically two to five per cent of a building’s total power consumption, according to reports. During peak operational times, however, elevators may consume up to 50 per cent of the building’s electricity demand.

The advantage of using existing elevators with regenerative braking systems for energy storage is that the most significant costs of the system are already built — the elevators and the building itself. The other components required are containers, sand, water, and autonomous trailer robots.

In our IIASA study, we estimated the capital expenditure cost for LEST technology to be US$20 to US$100 per kilowatt-hour for energy storage — three to five times cheaper than lithium-ion batteries.

Also, the higher the height difference between the lower and upper container storage sites, the lower the cost of a LEST system project.

Globally, there are more than 20,000 buildings higher than 50 metres. This means the global potential for energy storage is 30 to 300 gigawatt-hours of storage.

LEST is particularly useful for storing energy in weekly cycles. Weekly storage also allows the use of the elevators for energy storage during the night and on weekends, without interfering with elevators transporting people.

Canada is in unique position to lead development of LEST technology

Canada has a large hydropower potential and storage reservoirs, which reduces the need for long-term storage solutions. However, the country also relies on expensive transmission lines to transport hydropower to the cities.

Moreover, a great deal of Canada’s electricity infrastructure is old and needs replacing and upgrading.

LEST can be used to optimize the operation of transmission lines and postpone the investment in new infrastructure, storing energy during the weekend close to the site of the demand and generating electricity at night during weekdays. Batteries would then manage the daily energy consumption variations in the city.

Environmentally friendly and flexible storage technologies like LEST are set to become more and more valuable to society in a future where a large share of its electricity comes from renewables and the world shifts to a low-carbon economy.

Between 1990 and 2010, commercial buildings in Canada consumed approximately 1,057 petajoules of energy, or about 12 per cent of Canada’s energy usage according to Natural Resources Canada.

Residential, commercial and institutional buildings contribute about 17 per cent of Canada’s greenhouse gas emissions, according to the Canada Green Building Council.

Canada is in a unique position to develop LEST technology to reduce both energy use by and GHG emissions from high-rise buildings. Already a world leader in environmental and clean technologies, Canada can lead in developing and deploying LEST technology through policy initiatives and strategic partnerships with U.S. and European counterparts.

Policymakers and power system regulators need to adopt strategies to incentivize investors in LEST technology, through additional tax credits for green energy initiatives.

Retrofits to existing buildings are relatively inexpensive, enabling end users — in this case high-rise buildings — to share their distributed storage resources, such as LEST, with the central grid. The coordinated utilization of such distributed resources alleviates the need for investment in large-scale central storage systems.

Research Money welcomes its readers to submit articles of either 650 or 1,000 words for its popular Opinion Leader page, on topics of interest to the research and innovation community. We also welcome Letters to the Editor and other feedback. If you would like to submit an article or if your organization has news or events that it would like to appear in Research Money please contact Adity Das Gupta (adity@researchmoneyinc.com) for further information.