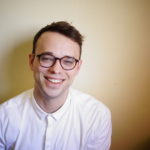 The Liberal government promised to halve the corporate tax rate for cleantech companies if re-elected. Small and large businesses in sectors like renewable energy, zero emission vehicles, and carbon capture and removal technology would see their taxes lowered from nine per cent to 4.5 percent and 15 percent to 7.5 per cent respectively. The promise is intended to help Canada reach the target of net-zero emissions by 2050, a pledge shared by the European Union and other countries at the U.N. General Assembly in New York this week. - CBC

The Government of Saskatchewan and the Cities of Regina and Saskatoon have proclaimed September 23 to 29 as Global Biotech Week. Saskatchewan hosts over 30 percent of Canada’s agricultural biotechnology activity, with many other areas developing, such as genomics, plant-made pharmaceuticals and diagnostics. Saskatchewan’s bioeconomy catalyst Ag-West Bio is coordinating activities, which include industry networking events, workshops and public outreach events. - Global Biotech Week Saskatchewan

The University of Guelph is building "North America’s first one-stop shop for honey bee research, education and outreach." The $12-million facility will host research that aims to understand the stressors affecting honey bees and other pollinators, which are falling in diversity and numbers around the world. “It is a serious problem threatening our food system and environment. Improving the health of bees and other pollinators is critically important,” said university president Franco Vaccarino. - University of Guelph

Lethbridge College opened its new Centre for Applied Research, Innovation and Entrepreneurship (CARIE), as well as a dedicated hub for student entrepreneurial activity at the college called The Pivot. CARIE is intended to be a catalyst for economic growth, sustainability and social development in the region, by bringing together community organizations, researchers and students to collaborate on projects that use new or existing knowledge to solve real-world challenges. - Lethbridge College

Mitacs has listed a job posting for a new Chief Executive Officer & Scientific Director, now that Alejandro Adem is transitioning to his new role as president of the Natural Sciences and Engineering Research Council of Canada (NSERC). Representing a network of 70 universities and 6000 companies, and operating a budget of $140 million through 25 offices across Canada, Mitacs supports applied and industrial research in mathematical sciences and associated disciplines. The listing states that "the ideal candidate will be a visionary leader with a keen understanding of the innovation ecosphere." - Academica Careers

Canada’s new ambassador to China, Dominic Barton, has spoken admiringly of Xi Jinping's signature foreign-policy initiatives, according to reporting by the Globe and Mail. The former managing partner at McKinsey & Company is "a bull on China," he has said in the past, and supported China's development in the far western regions, which are lately the focus of concerns over human rights abuses against the Muslim ethnic minority. It's unknown how Barton's views have evolved during the current period of strain between the two countries. - Globe and Mail (PAYWALL)

Tan Ping, an associate professor of computer science at Canada’s Simon Fraser University, has been recruited by Alibaba with a million-dollar annual salary to lead the internet giant's computer vision section at its AI research laboratory. - Caixin Global

More reason, less rhetoric: It's time for scientists and researchers to speak up on tough topics

Structural bias is constraining the value of Canadian research. We need to recognize and reward more diverse research activities.

To maintain its “carbontech” leadership, Canada needs a price on carbon and focused strategies, say experts