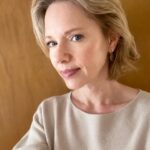 University of Saskatchewan’s Vaccine and Infectious Disease Organization (VIDO) expects the clinical trial for its COVID-19 vaccine to begin in Halifax in the next week, following authorization to start phase one clinical trials from Health Canada in December. – VIDO

Biopharmaceutical company Avicanna (Toronto) is collaborating with the University Health Network on epilepsy projects led by Dr. Peter Carlen. Avicanna has completed the first pharmaceutical pilot production of its epilepsy drug candidate at Altea Farmaceutica S.A. in Bogota, Colombia, a prerequisite for its registration and commercialization in South America. – Avicanna

The Government of Canada has launched the consultative phase of its Canada Grain Act review to potentially update legislation affecting the grain sector. The review complements the government’s Agri-food and Aquaculture Regulatory Review Roadmap and Economic Strategy Table for Agri-food to support innovation and economic growth in agri-food and aquaculture. – GoC

The National Research Council (NRC) and the Multi-Scale Additive Manufacturing Lab at University of Waterloo will team up to support R&D of 3D printing over the next seven years. The NRC awarded close to $2.6 million worth of equipment to UWaterloo as part of its Advanced Manufacturing Supercluster Support program, led by the NRC’s Automotive and Surface Transportation Research Centre. – UWaterloo

The Canadian Space Agency has opened a competition to initiate innovative food production technologies for astronauts on space missions to the Moon and Mars, while also expanding opportunities for food production on Earth. – GoC

Alberta Innovates and the Natural Sciences and Engineering Research Council (NSERC) are collaborating to facilitate the advancement of information and communications technologies and advanced materials manufacturing ideas by Alberta university researchers who hold NSERC peer-reviewed grants. The NSERC Alliance-Alberta Innovates Advance program will provide up to $300,000 per project over two years. Alberta Innovates' contribution of $ 2.5 million is matched by an investment from NSERC of $1.25 million. – Alberta Innovates

François-Philippe Champagne, Minister of Foreign Affairs since 2019, has replaced Navdeep Bains as Minister of Innovation, Science and Industry following a Cabinet shuffle triggered by Bains' announcement that he won't be running in the next federal election. Bains has served as Innovation, Science and Industry minister for the past five years and was lauded by Prime Minister Justin Trudeau for leading the way in Canadian science and fostering local economic growth with the Innovation Superclusters Initiative.  – CBC

Gina Cody, the first woman to earn a PhD in building engineering from Concordia University and the first woman in Canada to have an engineering and computer science faculty named after her, has been named to the Order of Canada. Vivek Goel, public health researcher and founding president of Public Health Ontario from 2008 to 2014, was also appointed to the Order of Canada. – Concordia, CBC

Alejandro Adem, president of NSERC, is the new chair of the Canada Research Coordinating Committee (CRCC) effective January 1, 2021. The chair position rotates annually between the presidents of the three federal research funding agencies: the Canadian Institutes of Health Research, NSERC and the Social Sciences and Humanities Research Council. As part of the 2021 rotation, Ted Hewitt, president of SSHRC, will become vice-chair. – CRCC

Opinion: Canada’s service sectors are poised for a tectonic shift